Plant a tree in memory of Sammy
An environmentally-friendly option 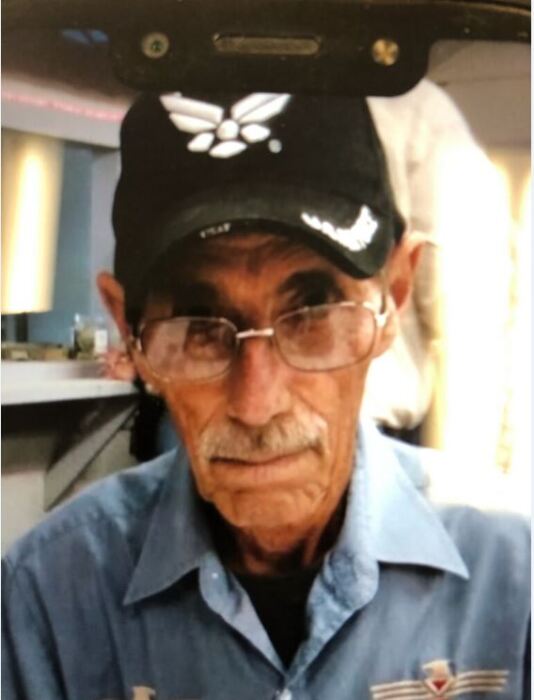 Sammy Wayne Vincent, 76, of Aransas Pass, Texas, passed away on April 1, 2021, in the loving care of his wife, of thirty-eight years, Colleen, and Harbor Hospice of Corpus Christi, TX. He was born January 22, 1945 in Harris County, Houston, Texas to Gerald Edward Vincent and Freda Latain Riley Vincent.

Sammy served in the USAF as a Weapons Mechanic/Maintenance Supervisor from Sept. 1963 to Sept. 1967. He spent many an hour watching old WW II films and documentaries because of his love for planes. He also had a “hankering” for old western movies and western tv series, Lonesome Dove being one his favorites. UVA UVAM VIVENDO VARIA FIT.

His life was dedicated in the trades of welding fabrication/construction and inspection, glazier, and general contractor.

Arrangements entrusted to Charlie Marshall Funeral Homes and Crematory, 2003 West Wheeler Ave, Aransas Pass, TX 78336. Online condolences can be made at www.charliemarshallfuneralhomes.com. Sammy’s wishes were for cremation, with no memorial service. His memory will live forever in our hearts.

The families want to express their heartfelt thanks and gratitude to all personnel associated with Harbor Hospice in caring for our beloved, Sammy.

Plant a tree in memory of Sammy by clicking here.
To send flowers to Sammy's family, please visit our floral store.

Plant a tree in memory of Sammy
An environmentally-friendly option

Plant a tree in memory of Sammy

2 trees planted in memory of Sammy

Wishing you peace to bring comfort, courage to face the days ahead and loving memories to forever hold in your hearts.
This is for you Sammy, May you rest in peace
Mary L Cates

A Memorial Tree was ordered in memory of Sammy Wayne Vincent by Mary L Cates.  Plant a Tree

RIP Uncle Sam. One of my memories is always calling to chat with Aunt Colleen. Towards the end of the conversation, we would always say hello and you would give me life advise. I'm glad I got to see you a few years back, when Kennley was just a baby.  You hardly sat down while we were there.  You truly were like the energizer bunny.  You will be missed!! Fly high.  Love Molly, Mark,  and girls

A Memorial Tree was planted for Sammy Wayne Vincent

Plant a tree in memory of Sammy