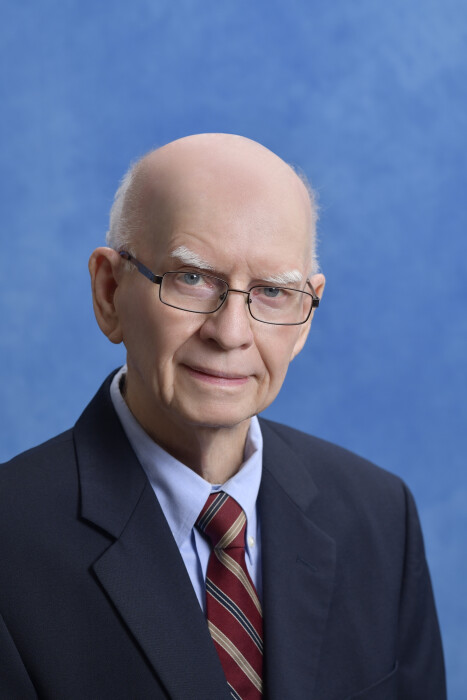 Among friends and family, Frank was known for his words of wisdom, quick wit, and as a captivating storyteller. Professionally, he was widely regarded for his leadership, measured approach, and for demanding excellence.

Following a 40-year career with Texas Instruments (TI), Frank retired as Vice President of the Airborne Electro-Optics and New Program Development Divisions. He helped develop infrared equipment for a broad range of defense applications, and an advanced Magnetometer for the Jet Propulsion Laboratory (JPL) deployed on the Mars 64 Fly-By mission.

In retirement, Frank and his wife, Freeda moved to Rockport, TX to enjoy sailing the Texas coast. He served on the City Council, as Mayor ProTem, and as Yacht Club Commodore.

In 2019, Frank was awarded the prestigious recognition of Distinguished Fellow by The MSU Bagley College of Engineering for his accomplishments and commitment to the field of Engineering.

Plant a tree in memory of Francis (Frank) Nyman Reilly

What a wonderful man! A friend of a lifetime. So proud of Frank in all his success and special achievements. Freeda I am thinking of you and Vickie. John so admired his old friend.

We are sorry for the loss of your beloved husband, father and grandfather.

Having known Frank for over 30 years I have many fond memories of receiving his words of wisdom, engaging with him in scientific discussions, traveling on trips from Hawaii to Mississippi and of course crewing for him on his sailboat.

One of my lasting memories will be a day when we were racing his sailboat in a regatta on Lake Texoma.  We were doing quite well but the wind was picking up speed and as we rounded the buoy for the downwind leg the boom vang line broke!  Frank, not wanting to lose the race, quickly assessed the options and shouted, "Ron, go hang on the boom so we can finish the race!"  So I became his "human boom vang" by hanging on the mainsail boom trying to keep the sail as flat as possible.  I don't even remember how the race ended other than my arms were about to fall off but this is just another illustration of Frank's creativity, quick thinking and never give up attitude.  So although Frank is gone I know he never gave up and he is waiting for us in a better place.

Sent with love and remembrance
Ron and Toni Yantzi

A Memorial Tree was ordered in memory of Francis (Frank) Nyman Reilly by Ron and Toni Yantzi.  Plant a Tree

A Memorial Tree was planted for Francis (Frank) Nyman Reilly

Plant a tree in memory of Francis (Frank) Nyman Reilly